New Delhi: Furious Congress leaders walked out of the Lok Sabha Tuesday after Union Home Minister jibed that the UPA had an old habit of destabilising state governments.

Singh was speaking on the recent political crisis in Arunachal Pradesh and Uttarakhand.

“BJP has nothing to do with crisis in Arunachal and Uttarakhand. In the history of independent India if there is anyone who has old habit of destabilizing popular Govts, it is Congress. He said that this Government has habit of destabilizing popular Governments. If you will put your boat which has a hole in it, in water, it is likely to drown. You can’t blame the water for it.”

12:34 pm: Leading the Opposition charge in the Lok Sabha, Congress leader Mallikarjuna Kharge said that the BJP government was destabilising state government and that the SC’s reply to BJP in Arunachal Pradesh was an apt reply to the former’s attempt to malign the grand old party.

“BJP lacks numbers but they are still trying to play with numbers and malign democracy and the constitution,” he said.

12:05pm: Speaking in the Lok Sabha regarding the online security, Home Minister Rajnath Singh said, “We are all working on how to deal with cyber crime, and we know that it needs to be strengthened. Technology and research needs to be updated as well, and all these steps are being decided.”

10.07 am: The Prime Minister arrived at the Parliament to take part at the BJP parliamentary party meet. 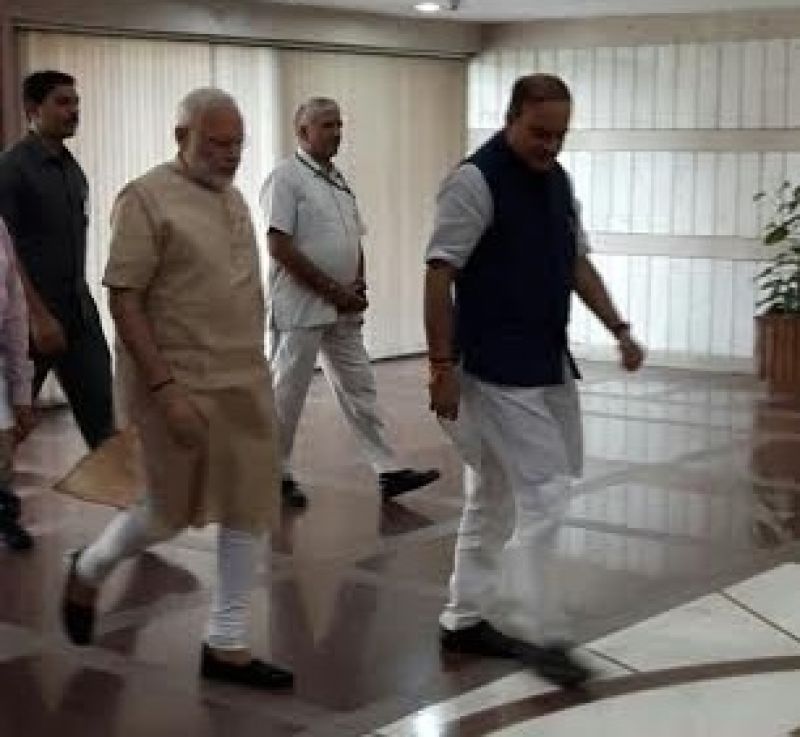 On the first functional day of the Monsoon Session, the Opposition sought to grill the government on a range of issues including the Arunachal Pradesh crisis, Kashmir violence and India’s failed NSG bid among others, even as the NDA government seeks to pass the long awaited GST bill in this session.