You are here: Home » Featured » Here’s how Mark Zuckerberg prevents hackers from spying on him

A photograph of Facebook founder Mark Zuckerberg showing tape has been used to cover his MacBook Pro’s webcam and mic.

In a post, celebrating Instagram reaching 500 million users on Tuesday, a photograph of Zuckerberg showed his taped MacBook’s webcamera and mic, marking an impression that even the Facebook CEO is worried about being spied on.

Also, James Comey, the director of the FBI, previously mentioned that even he also covers his laptop’s webcam to prevent hackers from spying on him.

Reported by the telegraph, according to Edward Snowden, the whistleblower who released details of government surveillance programs, GCHQ ran a program called ‘Optic Nerve’ used Yahoo web chats to capture images from millions of accounts.

How a webcam hack can happen?

In case of Internet-connected webcams, the camera is connected over Wi-Fi, using an IP address, which enables remote access, and thus if not protected by a strong password the hackers can gain access to the webcam. On the other hand, computer-connected webcams can be hacked via attachments containing malware.

In a statement to BBC, Prof Alan Woodward, a computer security expert from the University of Surrey, said: ‘There is so much malware that can access these physical parts of a computer and observe and listen to users. It makes absolute sense to put tape on the webcam.’ But, taping a microphone made less sense, as sound can travel through tapes,’ he added. 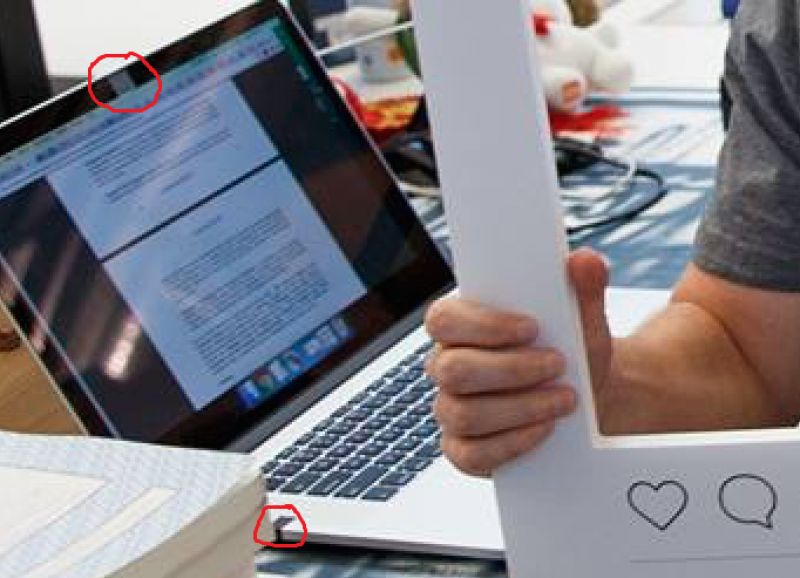