You are here: Home » Cinema » Bollywood » Too hot! Check out how Ranveer Singh got his ‘chocolate biscuits’ in place

Mumbai: Bollywood’s one of the shinning actors, Ranveer Singh is also one of the most adored actors in the tinsel town, and why shouldn’t he be? After all, Ranveer has proven time and again that he is not only a skilled actor but also extremely hardworking.

The actor stepped in the industry in the year 2010 with ‘Band Baaja Baaraat’ and has come a long way since then. With every next film, his fans witnessed the actor evolve into the person who was awarded with the best actor award recently.

Ranveer, who will be next seen in Aditya Chopra’s ‘Befikre’, has yet again given his best to fit in the film’s character. Apart from getting the lines and look right, the actor also sweat it out hard to get his ‘biscuits’ in place. After tremendous hard work at the gym, Ranveer has build up a physique which will surely motivate you to ditch the couch and hit the gym!

In the video shared by the actor, we see Ranveer going at it with full dedication as he flaunts his perfectly ripped abs on full display. Keeping the humour intact, the actor captioned the picture as, “But in my head I’m saying “Nutella!” with every rep! Haha! #throwback @Stevens_Lloyd #abs #mondaymotivation.” 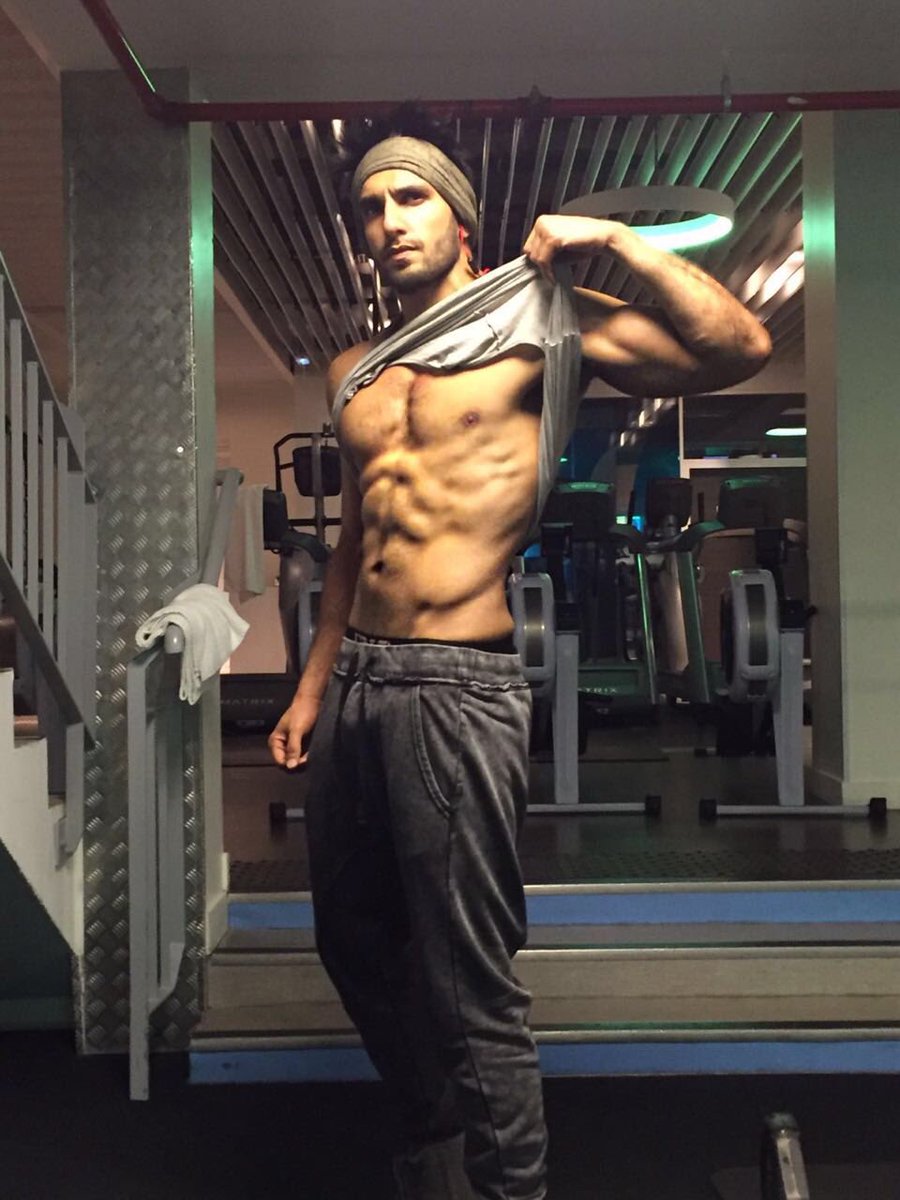