Srinagar: Fresh clashes broke out in South Kashmir on Sunday as unrest continued in the state over the death Burhan Muzaffar Wani, the new-age poster boy of militancy. Police sources said that a mob attacked a policeman and threw his vehicle into nearby river Jhelum.

Meanwhile, unofficial reports put the death toll among the civilians to 17 with one more person succumbing to bullet injury in a hospital here.

As hospitals in the Valley continue to receive the injured in large numbers, a medical emergency has been declared. 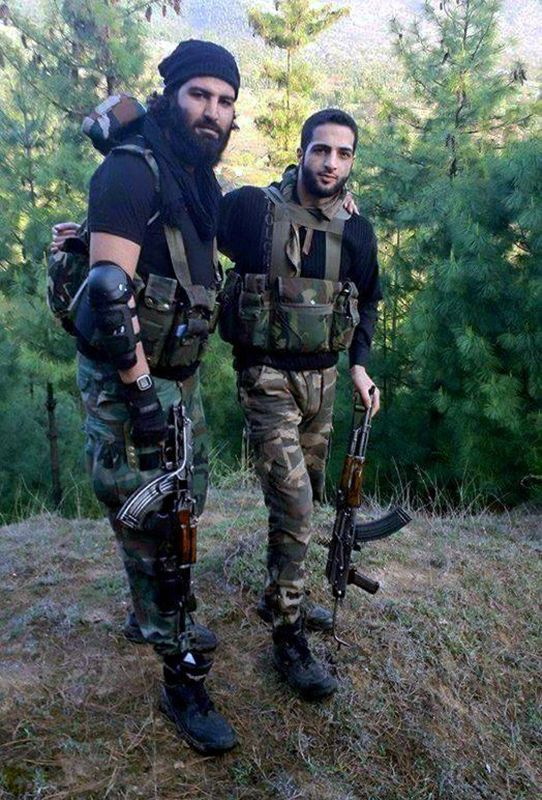 Burhan Wani (right), who was killed by security forces in Kashmir on Friday (AP Photo)

The State Cabinet held an emergency meeting here with Chief Minister, Mehbooba Mufti, in chair to discuss the situation. Director General of Police, K. Rajendra Kumar, briefed the meeting on the ground situation.

Nearly 200 people including 96 security personnel were injured in daylong clashes on Saturday. The condition of half a dozen of protesters who received bullet wounds in security forces’ firing is stated to be critical.

As many as thirty additional companies of central forces which arrived here from Delhi in chartered flights have been moved in to enforce curfew in different towns of the Valley.

Major parts of Srinagar with almost entire south Kashmir which witnessed worst incidents of violence and killing of all 15 protesters in security forces’ firing and other actions on Saturday is reeling under strict curfew for the second consecutive day on Sunday. Various cities and towns in northern and central Kashmir too have been brought under such restrictions or security lockdown is being maintained.

Kashmir’s divisional commissioner, Asgar Hussain Samoon, said that curfew has been clamped on entire Kashmir Valley which has a population of over five million from the midnight to maintain law and order.

Thousands of J&K policemen and CRPF personnel in riot gear are patrolling the deserted streets of Srinagar to enforce curfew. 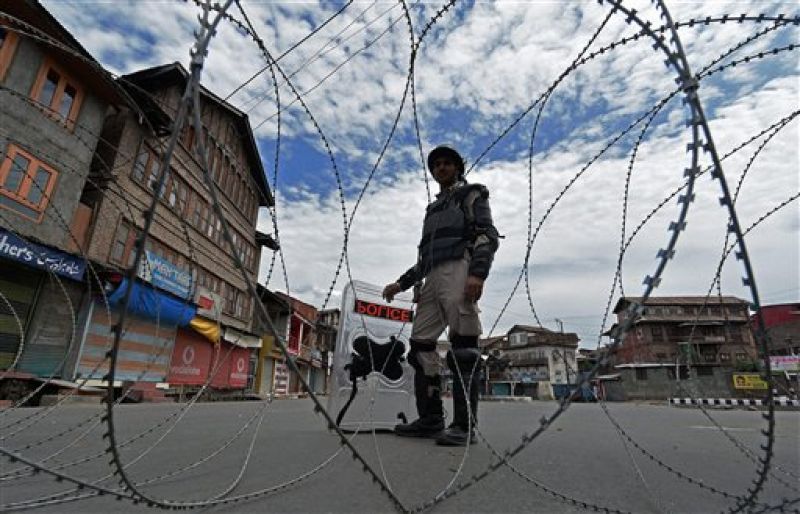 Security personnel guard a deserted street as curfew is imposed in different parts of the city. (Photo: PTI)

Almost all separatist leaders have been taken into preventive custody or placed under house arrest. In a joint decision announced on Saturday, they extended the strike call initially issued to mourn and protest the killing of Wani along with his two associates during an encounter with security forces in Kokernag area of southern Anantnag district on July 8 for two more days (Sunday and Monday) in view of the killing of protesters in security forces’ firings.

A government-run hospital in Lolab area of frontier Kupwara district and a nearby pharmacy were alleged ransacked and their staff roughed up by security forces as they were “angry” over those sustaining injuries during protests being treated there, a report from Kupwara said.

Amarnath yatra from Jammu has remained suspended. As the 94-km Jammu-Srinagar highway, the vital road link connecting the Kashmir Valley with rest of the country, is shut for the second consecutive day, no pilgrim was allowed to move from the winter capital towards the Valley to relocate to the 12,729-foot-high cave-shrine tucked away in Pahalgam hills in south Kashmir. However, with 15,684 devotees paying obeisance at the cave-shrine on Saturday itself, as many as 118,747 pilgrims have already been to Amarnath, so far, this year. The 48-day yatra commenced on July 2. 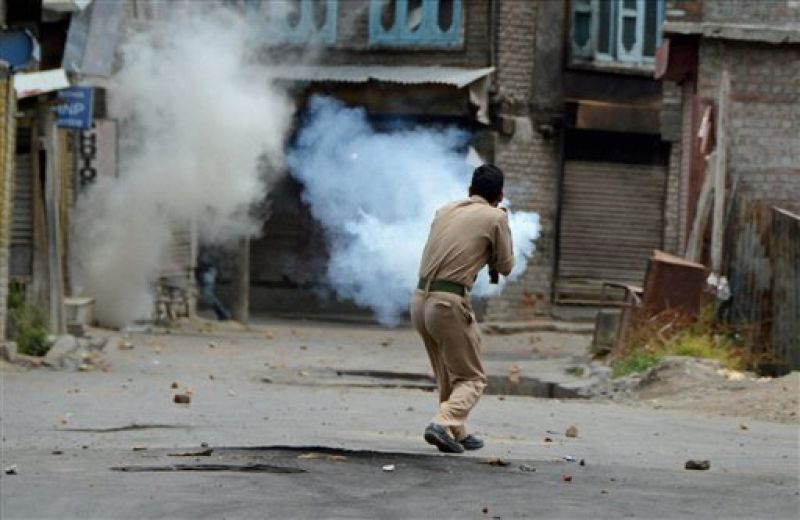 Police firing tear gas shells against agitators during a protest following the killing of Hizbul Mujahideen commander Burhan Muzaffar Wani along with his two associates in Srinagar on Saturday. (Photo: PTI)

The authorities have also suspended the Internet services on mobile phones and through dongles “as a precautionary measure”. Internet services are, however, functioning on fixed broadband lines. Train services between Baramulla in northwest Kashmir and Banihal town across the Pirpanjal mountain ridge in Jammu division were suspended too whereas Jammu and Kashmir Board of School Education (JKBOSE), Kashmir University and Central University, Kashmir postponed all examinations scheduled for Saturday to Monday.

Meanwhile, dozens of wedding ceremonies which had been planned during this weekend and early next week have been cancelled or deferred in view of the volatile situation and curfews being enforced in the Valley. Srinagar newspapers were on Sunday full of paid classified ads from the hosts announcing the annulment of invitation cards issued for customary wazwan feasts to mark these weddings. Most of them, however, also announced that nikah ceremonies would be held with ‘sadagi’ or simplicity. Post-Ramadan begins wedding season in Kashmir Valley.

In Delhi, the government said that the situation in Jammu and Kashmir is ‘under control’. The situation in the State particularly Kashmir Valley was reviewed by Home Minister, Rajnath Singh, at a meeting of officers. After the meeting Union Home Secretary, Rajiv Mehrishi, said, “Situation in Kashmir valley is under control.”

Wani, 22, was along with two of his aides killed in an encounter with security forces in Kokernag area of southern Anantnag district on Friday. He was carrying a cash reward of ₹ one million on his head.