Parineeti Chopra is back in the thick of things and this week especially, she is finding it hard to contain her excitement. She has dubbed for the Hindi version of Steven Spielberg’s The Big Friendly Giant, which will be releasing in India soon. This is the first time that she has lent her voice to a Hollywood film. Speaking of it, Pari says, “It’s the most humbling thing. First of all, to do a Steven Spielberg film based on Roald Dahl’s 1982 children’s novel The BFG, then Amitabh Bachchan and me playing principal characters. When I watched the trailer, it gave me goosebumps. So, of course it’s great that this project came my way. If I had to dub for any film, it would be this one. I am very happy.”

Several of her contemporaries like Varun Dhawan and Arjun Kapoor have dubbed for Hollywood films but this one was a clincher. Pari says, “I wasn’t waiting to dub for a film but honestly, this is a big one.” She goes on to talk about how she managed to bag the project. “Reliance is presenting the film here, and a spokesperson of Steven Spielberg, came down from LA and offered us the film. I watched it and I loved it. The film has two main characters — a giant and a girl. There’s a villain too. I was asked to play the girl and I was fine with it. Life is good.” 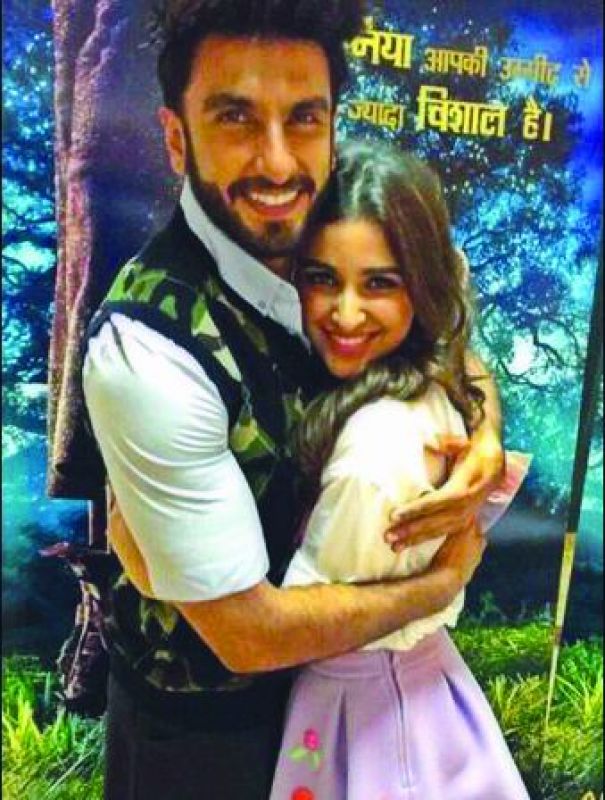 Ranveer spreads the word too: On Tuesday when Parineeti was giving interviews for Steven Spielberg’s The BFG, she bumped into her former co-star Ranveer Singh. It was the latter who decided to pay her a surprise visit as he’s back in the city. Upon meeting her, Ranveer, in his own gregarious style, congratulated her.

He then asked her to pose with him for a picture, so he could share it on his social media account and spread the word about her film. Ranveer even had the perfect caption in mind. “Meet Steven Spielberg’s new heroine,” the caption read.