You are here: Home » Featured » My visit aimed at enhancing ties with Africa: Modi

Prime Minister Narendra Modi left for a four-nation tour of African countries on Wednesday night aimed at enhancing ties with that continent, particularly in the economic sphere and people-to-people contacts.

Modi will begin his five-day tour with Mozambique and then travel to South Africa, Tanzania and Kenya. Focus of the visit will be on deepening cooperation in areas of hydrocarbons, maritime security, trade and investment, agriculture and food.

It’s the time for Africa. 5 days, 4 nations – Here’s the PM’s itinerary over the coming days pic.twitter.com/xcBie6BWxl 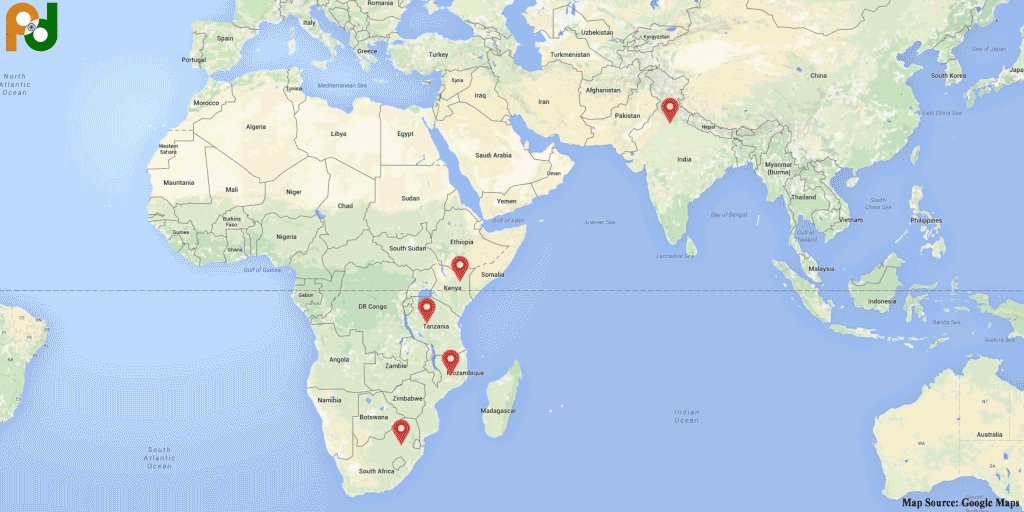 “My Africa tour, aimed at enhancing ties between India & Africa will begin from Mozambique in a brief but key visit,” he tweeted ahead of his departure.

“My programmes in South Africa will span across Pretoria, Johannesburg, Durban & Pietermaritzburg,” he added. “In Tanzania I will hold talks with President Dr. John Magufuli, meet ‘Solar Mamas’ and interact with Indian community,” Modi added.

With regard to his visit to Kenya in the last leg of his visit, he tweeted, “Talks with President @UKenyatta, deliberations on economic & people-to-people ties will be focus of my Kenya visit.”

Giving details in Facebook posts, the Prime Minister said the aim of his visit to Mozambique is to increase cooperation and boost cultural linkages. “I will meet President Filipe Nyusi and hold extensive talks with him,” he said.

Other programmes include a meeting with Veronica Macamo, the President of the National Assembly and a visit to the S&T Park, Maluana, where he will interact with students. He will also interact with the Indian community briefly.

On Thursday evening, Modi will travel to Pretoria in South Africa, a country he described as an “important strategic partner, with whom our ties are historical and deep-rooted.”

He said, “History is witness to how Mahatma Gandhi’s stay in South Africa impacted him and the history of the world. He went to South Africa as a lawyer seeking work and returned to India as a strong voice for humanitarian values, who would go on to shape the history of humankind.”

“I will have the honour to visit Phoenix Settlement and Pietermaritzburg Station, two places very closely associated with Mahatma Gandhi’s stay in South Africa.

“A visit to South Africa is incomplete without remembering the beloved Madiba (Nelson Mandela). I will also be honoured to visit the Constitutional Hill and Nelson Mandela Foundation where I would pay my tributes to an icon of human history, who made his country and the world a much better place,” he said.

During his South Africa visit, he will meet President Jacob Zuma as also Cyril Ramaphosa, the Deputy President.

“In an effort to boost our economic ties, I will speak at the India-South Africa business meet,” he said.

On July 10, he will be in Tanzania for a “brief but crucial visit” to give an impetus to ties with Tanzania, a valued friend in Africa, Modi said.

Modi will then visit Kenya on the evening of July 10.

“India-Kenya ties have stood the test of time. Both our nations have had very strong people-to-people ties and both nations have successfully fought colonialism in the previous century,” the Prime Minister said.